A Book Launch And A Diwali 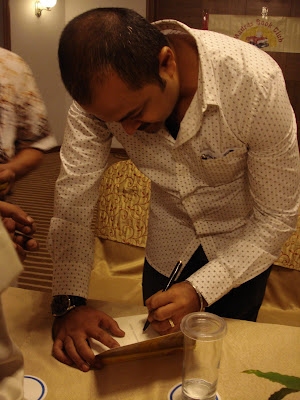 Therefore, the book launch came in handy. The success of the event distracted us from the fact that we should all have ideally been in Kanpur at this moment. So, is there God who first buggers you and then seeks to alleviate your pain? I do not know. I want to show you a picture of my mother which I took last Diwali – little did I know then that this would be our last Diwali together. I sought blessings from this picture when I went for the book-launch function. 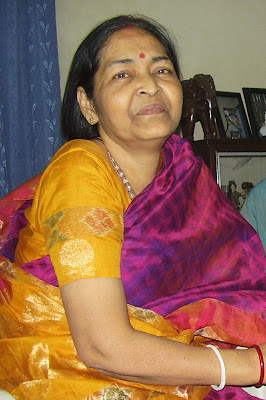 Posted by Bishwanath Ghosh at 3:49 PM

Perhaps each pain is always rewarded by a ray of happiness to complete the circle of life and its balance. It may be vice versa as well. I dont know.
All I can say is I am sure your mother was with you today. She was there beside you, with you. Marvelling at your happiness and anxious with your nervousness as you launched your 'first' baby.

My Namaste to aunty-ji. I'm sure she was smiling at the sight of her son's shyness in front of an admiring audience!

as far as the book launch is concerned, you played the writer really well.
And, Iam sure, your mother was the happiest that evening to see her son's dream come true...

Felt very happy to read about the Book launch. May there be many more.
I too would like to think that your mother was with you that day and always...

Itching to get hold of your book. Read a good review of it in The Hindu today.