I had been away for only 24 hours, but when I returned to Chennai after scouring every corner of the maze of quiet streets called Pondicherry, I felt I was returning after 24 days. I also felt as if I had left a fusion music concert mid-way and pushed open the door of a disco to find a top-of-the-pops blasting on my ribcage.
Read more
Posted by Bishwanath Ghosh at 6:50 PM 2 comments:

Pondicherry: An Album (Including Silly Photos) 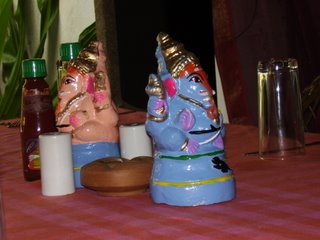 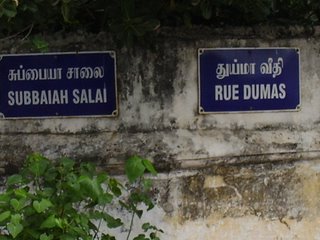 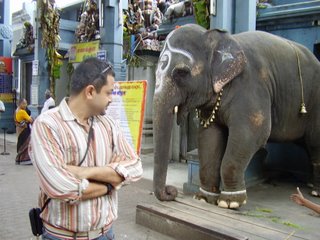 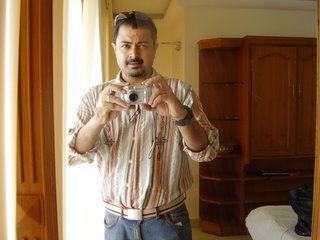 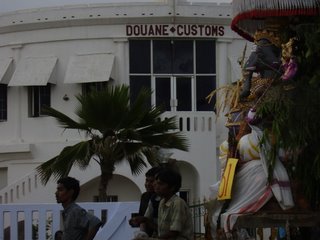 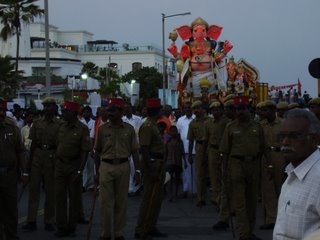 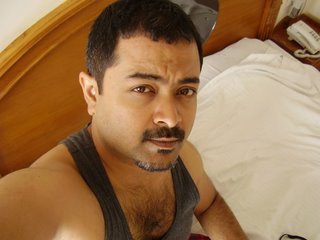 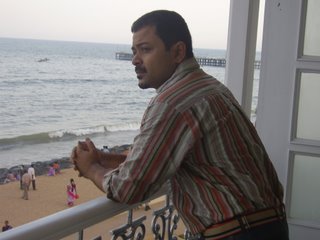 Only when the pillars start crumbling, one after the other in quick succession, do you realise that a generation is breathing its last and the next has taken over. The transition can happen even before you bat your eyelid. In just five years, the pillars that propped my childhood have fallen like ninepins. These are people whose immortality you take for granted — people like Ashok Kumar, or Dadamoni, the evergreen jovial father/grandfather.

Sometime in 2001, Ashok Kumar gave a long interview to Filmfare, in which he pondered about life and death. At the time, he was one of the few who could talk with authority about both: he had lost his two brothers and his wife in the late 1980s. He did not go for their funerals because, as he said in the interview, he hated saying goodbye like that. Ashok Kumar died soon after.

Today I am reminded of the interview because he had also mentioned, while bemoaning his lonely life, that a handful of people still kept in touch with him, and one of them was Hrishikesh Mukherjee. “He called me the other day to say he loves me,” the veteran actor had said. Today, Dadamoni and Hrishida could be scripting another Aashirwaad or a Mili — to be screened exclusively in the theatres up there. Between 2001 and 2006, so many seemingly-permanent fixtures of Hindi cinema — and of my childhood — made an exit from this world.

These are people who you wish never died, because when they die, you not only feel sad about their passing away but are also reminded about your own mortality. When the icon of your childhood dies of old age, it means you have left your childhood far behind and are set to approach middle age. This is a fact you really can’t make peace with, and that is why the death of actors is so disturbing.

But they died: even the ones who were thought of to have conquered death. Like Sunil Dutt. The man pulled himself through innumerable tragedies — his wife’s painful death from cancer, his son’s addiction to drugs, a plane crash, paralysed legs and what not. Yet he capped his political career by becoming a minister at the Centre. But one day he dies, suddenly and painlessly. Can you beat that?

But death beats all. My generation’s association with Om Prakash and Lalita Pawar goes back to the day we first bought our black-and-white TV. The TV went on to change shape and colour, but the two remained on the screen — the comedian father/uncle and the wicked mother-in-law. I had thought they were immortal, but they left this world. So did the mother of all screen mothers, Nirupa Roy.

One feels so helpless. Amid such helplessness, Dev Anand provides a ray of hope: he is perhaps the only actor who seeks to defy nature by playing roles that are half his age, which, currently, is eighty-plus. But his younger brother Vijay ‘Goldie’ Anand, who directed Dev Anand in landmark movies like Guide, died in 2004.

Three more people died between 2001 and 2006: Johnny Walker, the king of unadulterated comedy; Amrish Puri, the unadulterated artiste but highly ‘adulterated’ villain; and Naushad, who I believed would live on forever as a testimonial to the era when making music required the precision of a surgeon rather than the promises of a general practitioner who never let his patients down.

Why is death so impatient in rushing people out of this world? Maybe it is not. It is just that we humans refuse to recognise death as reality: we always see it as a distant reality— distant to the extent of being an impossibility. But when someone like Hrishikesh Mukherjee dies, it amounts to the death of not just a human being but also a generation.

Posted by Bishwanath Ghosh at 12:43 AM 4 comments: