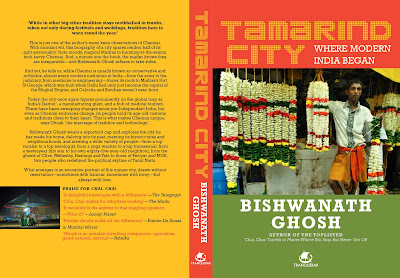 A city is a lot like a woman. You may fall for it because of a certain physical attribute — the eyes, the smile, the dimple — but it is the chemistry you develop over time that eventually makes you stick to it.

Millions of people visit Agra every year to see the Taj Mahal, but how many choose to settle in Agra just so that they can have a glimpse of the architectural wonder on their way to work every day? Mumbai, on the other hand, can be very harsh on its citizens, yet people who have spent a few years in the city almost always talk of it fondly — that's chemistry. That's what happened between me and Chennai.

When I came in January 2001, I had no idea I would end up spending eleven years here — and god alone knows how many months or years more. I came here more as a tourist-journalist, who wanted to experience Chennai and use it as a base to tour the whole of south India in the next three or four years before returning to Delhi to settle down there.

Then something happened. Just the way I had discovered Chennai as a conducive place to be in, Chennai also discovered the writer in me. Thus began a lasting love affair, the result of which is Tamarind City, whose cover pages I am finally able to share with you today.

The book is a tribute to the city I've called home for eleven years now — the city that nourished me as a writer and at the same time let me be (Chapter 5 is titled 'Sex and the City'). I hope it is liked by readers and reviewers alike.
Posted by Bishwanath Ghosh at 10:05 PM

Dear Bishwanath,
Not sure about the readers and reviewers, but as a friend and a fan, very eager to check-out your "chemistry" with the city!
Wishing you all the very best.
The Tomato.
PS - That's one eye-catching cover! Waiting to see it on the shelves!

Congrats on the milestone and best wishes for many more to come.

la pila de saakiya, is the feeling I am getting on learning that finally ur book is complete.
Missed ur frequent doses on Gangamail lately. Hope the final product is worth the waiting.
Wishing U all the success ahead.

Have read few blogs of yours which my friend shared on her wall...liked them! You are my friend's hubby....wish you all success!

Though don't have any cnnection with Chennai, but for you and India i am going to read it
Shared the pic and the link on Tumblr. Hope you don't mind.
Thank You

Congrats bhai, will keep an eye on flipkart & order it the moment it appears...

Sorry to say that I've just skimmed through Chai, Chai... But, promise to read this as soon as possible. :)

nice to know that you won't disappoint on the sex part...and does it contain the battle between north and south,the quirky stereotypes and your take on it or is it more of a memoir?

Congratulations!!!
When is the launch???

Like to taste some leaves from your tamirind tree.

as a fan of your writing (and a promp buyer of Chai Chai) i was eagerly looking forwrad to this book ! love the cover and most importantly, the name :)

CONGRATS and when can i buy it from Flipkart ? :)

"The book is a tribute to the city I've called home for eleven years now"... And hope you do for many more wonderful, successful, happy years!
Do keep us in books Bishwanath!
:-)

Congrats. Wishing you the very best for the book. I will pick a copy for sure.

Hey..I bought your previous book and thoroughly enjoyed reading it and related to it, maybe because of my love for Indian Railways and anything to do with it..Though we have been living outside India for the past 6 years, I still get my doses of India through blogs like yours and others. Look forward to your new book, being a Tamilian married to a Bong, it would be interesting to get a Bong's view on Madras..

Congratulations on the book's launch! Best wishes for those in line :-)

Loved this book...My first of travelogue. have reviewed the same too at http://ektakhetan.blogspot.in/2012/08/book-review-tamarind-city.html